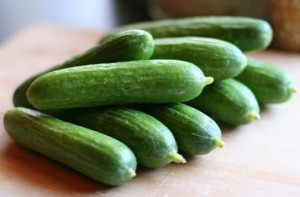 The CDC reports a Salmonella outbreak linked to imported cucumbers has sickened 838 people in 38 states.

That’s 71 more people than the number who were ill when the agency last issued an update about this outbreak just over a month ago and 165 of those ill have been hospitalized.

The CDC says the number of people sickened could continue to rise.

The CDC, FDA and state health officials are continuing to investigate this outbreak, which was first announced on September 4th.

Two separate recalls of cucumbers imported from Mexico were issued in September.