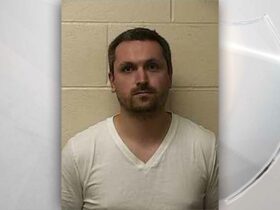 MEDFORD, Ore. —The city of Medford is getting the ball rolling on its plans to bring a homeless navigation center to the community. But as the winter approaches, the center is still in the early phases.

Earlier this month, the city council approved a design-build contract with S +B James Construction. The almost $1.9 million contract will go to renovating the center.

The facility is located on 685 and 691 Market Street in Medford. Rogue Retreat would operate the 24/7 emergency shelter. The city says it would be able to accommodate up to 100 people.

“It’ll be an asset to the community to where we can bolster our community response to homelessness by providing a larger site for a permanent shelter,” said Angela Durant with the city planning department.

$2.5 million from the state assists in the process but gives a timeline for the project to be completed by. Durant says the center has to be up and running by next June.

Durant says the Kelly Shelter operations will also be moving to the new site. The existing site will serve as a severe weather shelter in the future.