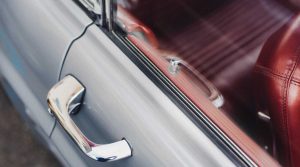 Police say during a search of the area near the 800 block of Forest Glen Drive, officers located 26-year-old Steven Bucey and 27-year-old Garrett Ledford.

CPPD says Bucey and Ledford admitted to walking around and checking for unlocked cars.

Police say the men had several stolen items in their possession.

Patrol Lieutenant Brian Day with Central Point Police says people should be mindful of valuables in their car, “Make it less appealing, maybe through lights or using obvious cameras and always ensure that your valuables are stored indoors or out of sight and that your vehicles are locked,” he said.

Bucey and Garrett are in the Jackson County Jail on charges for unlawful entry of a motor vehicle, theft in the 3rd degree and warrant.

If you suspect someone has stolen from your car, Lieutenant Day recommends you call non-emergency dispatch.