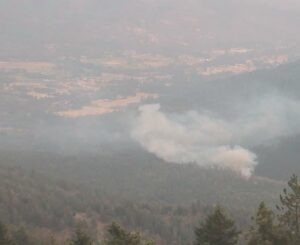 ROGUE RIVER, Ore. — Firefighters are responding to a fire northwest of Rogue River, forcing nearby residents to evacuate.

Oregon Department of Forestry says ground crews and multiple aircraft are responding to the fire located in the 900 block of Fielder Creek Road. It’s estimated at one acre, but firefighters at the scene say it’s being driven by the wind.

ODF says nearby residents are being evacuated, but no addresses have been specified.

Along with ODF, Jackson County Fire District #1 is also responding. The cause of the fire will be under investigation.

Stay with us for more on this developing story.