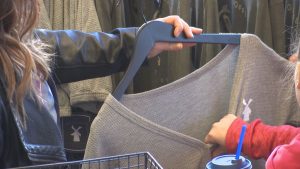 The new DutchWear Store is the clothing and retail arm of Dutch Bros. Coffee.  It’s located in downtown Grants Pass.

The store offers branded clothes, shoes, accessories and much more.

Organizers say they are excited to serve their customers in a new way.

“There’s a heartbeat in Grants Pass that we really wanted to be close to,” said Dutch Bros Retail Manager Dayna Spagnolo, “we’re honored to be in the heart of it, and really excited to be available to our customers more days of the week and a little closer to home.”