District Five State Representative Pam Marsh is the main sponsor of House bill 2261. The law would ban online purchasing of all vaping products. Its intent is to close a loophole of people under 21 bypassing age verification.

Marsh says the bill was inspired from entries in her 2018 contest, “There Oughta Be a Law Contest.” The campaign gathered ideas from Rogue Valley residents for new laws.

Ashland High School students at the time, Chloe Boucher, Molly Bloom, Danae Haldane, and Katie Cropper submitted the proposal to stop online vaping sales. Marsh says the students were motivated after realizing how easily their peers were able to purchase the products. 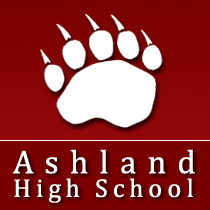 “I was struck, it was an issue I had not thought of before,” Marsh told NBC5 news. “After receiving the proposal, I was able to verify that it was easy for underage kids to purchase the vaping products. We decided we would take up the students on their suggestion and we put together legislation to do so.”

One of the students received the opportunity to publicly testify for the bill at the Capitol in Salem when it was first introduced.

“Molly, Chloe, Danae and Katie are now off on post-high school adventures, and this probably feels like ancient history to them,” Marsh said in a Facebook post Thursday. “Their input changed the law in Oregon, and their actions will protect under-age kids from the harms of vaping.”