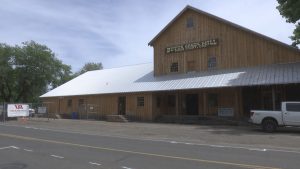 This comes after the former Chairman of the Board for the mill’s foundation says the city told her she had to resign in order to secure the grant funding. In a press release sent out this morning, Sue Kupillas said, “The City of Eagle Point has asked for my resignation as a condition of awarding the Butte Creek Mill with the $200,000 dollar grant. It is with great sadness that I resign from this board.”

She recently told NBC5 News the communication between the city and foundation regarding the funding wasn’t good.

She also says the city did not give her a reason as to why she had to resign for the grant to be secured.

The City Administrator for Eagle Point says he doesn’t recall city council requesting that any of the board members resign.