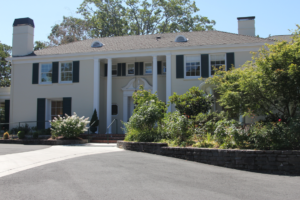 MEDFORD, Ore.- A mansion in Medford is joining the National Register of Historic Places.

Oregon’s State Advisory Committee on Historic Preservation recommended the sites nomination in February 2021 of this year. The National Park Service, which maintains the National Register, accepted the nomination a few months later in June.

Completed in 1939, the Harry and Eleanor Holmes House was designed by Los Angeles-based architect Paul Revere Williams, a nationally significant architect. With his brother David, Harry was the owner of Bear Creek Orchards, later Harry & David, a nationally prominent innovator of mail-order marketing through their Fruit-of-the-Month club.