Commissioners voted 2-1 on the motion Wednesday, to designate the Illinois Valley News (IVN) as its source for legal notices. 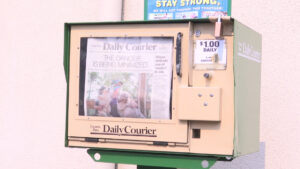 State law requires the county to publish in a newspaper that is, “best suited to give actual notice.” Notices include meetings, auctions and other county related actions.

Days leading up to the board meeting, the Courier published an editorial warning the community of the move from the Commissioners.

It noted that IVN has a print circulation of about 1,350 – given its demographic is much smaller and more locally focused. The publication prints weekly, but also has an online website. 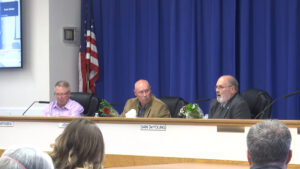 On the other hand, the Courier has a circulation of about 9,200 and prints to its county-wide subscribers daily. The paper also recently announced plans to expand to the Medford area – following the closure of the Mail Tribune.

During opening statements, commissioners Herman Baertschiger and Dan DeYoung shared their ongoing criticism of the paper.

However, all three claimed that the decision was not based on retaliation.

Baertschiger said the move will allow the Illinois Valley paper to publish notices for free and will save money for the cash-strapped county. He also noted that they plan to include the messages on Josephine county’s website. 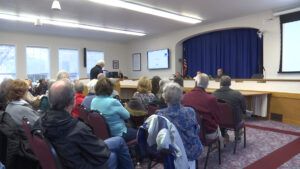 Though, the Daily Courier said its been posting public notices on their page for free over the past 15 years.

“The bottom line is to inform the citizens of Josephine County, of what this county is doing at no cost.” said Baertschiger.

Newly-elected commissioner John West, said the money instead will be redirected to the Josephine County Sheriff’s Office. The statement was met with vocal disagreement from attendees.

“Is us putting legal notices in the Daily Courier, more important to you than having sheriff patrols?” West rhetorically asked the crowd. “You ask yourself that question, that’s for you to answer.” 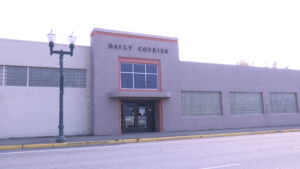 Commissioner DeYoung, who was the only one to vote against the change,  was initially in favor. But after hearing the public comments, he motioned to hold off on voting for at least a year.

DeYoung cited the uncertainty surrounding how much the move would cost, and other unknown estimates.

However, his motion failed and the original order passed.

Several residents at the meeting voiced their concerns before the vote. Some sharing that the notices are a way of trust and holding leaders accountable.

Travis Moore, publisher with the Daily Courier, shared a statement on the decision with KOBI below,

“Hiding the county’s notices in a newspaper that very few Josephine County residents outside the Illinois Valley will ever see is a betrayal of the public trust and is yet another example of this Board’s disdain for democratic processes and the public’s right to be informed.”