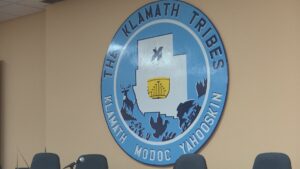 KLAMATH FALLS, Ore. — Now that the Bootleg Fire is fully contained, the Klamath Tribes are beginning to assess the damage caused to their land, along with the forest service.

Klamath Tribes Chairman, Don Gentry, says one-quarter of their treaty land, about 180,000 acres were damaged by the massive fire.

The tribes say it greatly affects their cultural resources such as hunting, fishing, and gathering.

“One of the biggest issues as being traditional practitioners is that this affected our home so much we don’t even recognize it anymore,” said Cultural and Heritage Director for the Klamath Tribes, Perry Chocktoot.

The tribes say they’re working closely with the forest service on the initial damage assessment.

They say their biggest concern right now is sediment erosion mixing into their water and making the fish sick.