YREKA, Calif — A team formed by the Klamath National Forest, are currently assessing areas heavily impacted by the McKinney and Yeti fires.

The Burned Area Emergency Response team (BAER), started their post-fire assessment of the areas about a week ago. The group is made up of several different specialists like hydrologists, biologists and archaeologists.

BAER immediately responds to areas primarily on the west coast after a fire event. Their main concern following the McKinney and Yeti fires, are the increased chances of flooding. 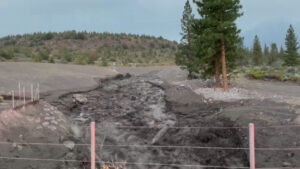 “We’ve looked at a lot of critical values at risk and we also changed the landscape,” Brad Rust, coordinator for BAER, told NBC5 Monday. “Sometimes we have big storms that will cause debris flows, flooding, land movements and land slides that can destroy homes.”

Rust expects the group to wrap up their reports within the next week. It’ll submit findings to county officials including the Siskiyou County Sheriff’s Office, for further evaluation.

Many of the areas will be closely monitored in the winter months.

Following accurate mapping, the McKinney Fire is 60,138 acres and is 95% contained. 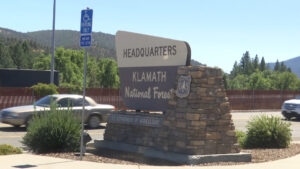 Four people were killed and nearly 150 homes and buildings were destroyed in its path.

All evacuations near the fire was lifted last week. Officials said the collaborative effort between thousands of personnel from neighboring states, and favorable rain helped keep the fire under control.

“Doing the right thing at the right time with the right resources,” Mark Thibideau, public information officer with California Incident Management Team 12, said. “With the common goal and mission of protecting our communities, we were able to reach a successful end result.” 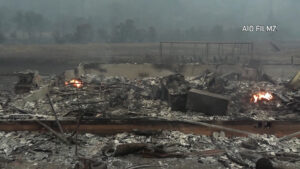 Officials remind residents to stay alert at all times near the affected areas. It recommends people to also stay updated on weather conditions that could result in heavy rain and flash flooding.