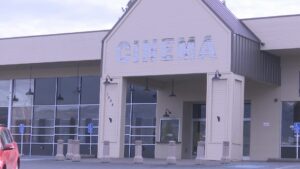 ASHLAND, Ore. —Another business falls victim to the pandemic.

Ashland Street Cinema is closing its doors, for good.

After being closed since March, with nearly zero revenue and it’s lease coming to an end, the decision was ultimately made to close down for good.

The theater industry is one of many that have been hit particularly hard by the pandemic.

“The theater industry is a great industry it’s a lot of fun, right now, it’s not possible to operate in a normal fashion,” says Al Lane, with Coming Attractions Theatres.

Lane says that it’s other locally owned theaters are in no danger of closing.

Lane says that moving forward, he plans to bring in even more movies to his other theater, the Varsity Theatre in Ashland.