The 24-year-old, a graduate of Saint Mary’s, made the first cut in the first two rounds tied for 21st. He later finished the final rounds with a score of 71 and tied at 31st. 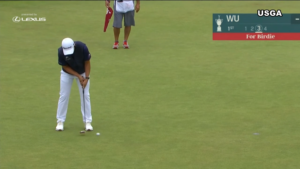 “Overall I was really content with how I played in my first U.S. Open,” Wu told NBC5. “Playing against the best players in the world, and beat a lot of pros that I grew up watching was a good feeling.”

Wu played collegiate golf at Northwestern University just outside of Chicago. He made tough shots on a course that he says is difficult for every golfer. However, Wu says he was able to stay in the zone mentally.

“It was definitely a really hard test, but I enjoyed it,” Wu said. “My game is almost a little more suited for tougher courses, just cause it takes a lot more mental strength. When you’re playing tougher courses you just got to battle a little more because it’s not easy.” 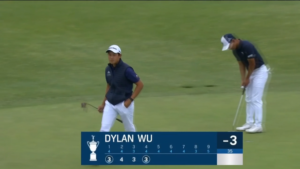 Wu is currently playing on the Korn Ferry Tour which is a development league just below the Professional Golfers’ Association.

He currently has six events left in the season, but only the top 25 golfers qualify for a PGA tour card. Wu is about four spots back but believes he’ll make it.

“I know next time I’m out there, I’ll be even better prepared,” Wu said. “Experiences like [U.S. Open] will only help me moving forward.”

Wu’s next event is in Portland, Maine this Thursday through Saturday.

His profile can be found here: Dylan Wu