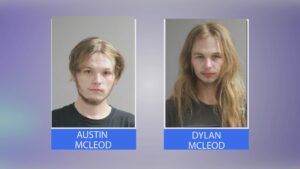 MEDFORD, Ore. — 3 men are behind bars with no chance of bail, after MPD says they killed a man and tried to hide the body.

Medford police officers responded to an assault call on the corner of Spring Street and Royal Avenue near Providence, but it was not what it originally appeared to be.
Police say they arrested 3 different men who invited the victim over to rob him of ‘personal property’.

25-year-old Austin McLeod, 23-year-old Dylan McLeod, and 20-year-old Brycen Scofield are charged with 2nd-degree murder, 1st-degree robbery, abuse of a corpse in the 2nd-degree, and unlawful use of a weapon. 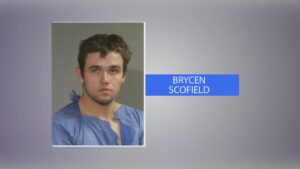 After Scofield was arrested, officers went into the apartment and found 24-year-old Aaron Stitt dead.

MPD says it appears the men tried to hide his body and clean up the scene.

An autopsy will be done soon.