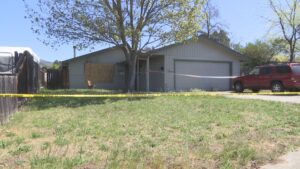 Police say around midnight, emergency personnel responded to a fire in the 1600 block of Valley View Drive.
Upon containing the fire, they discovered 62-year-old Jolynn Dehle inside of the house.

She was pronounced dead at the scene.

A next-door neighbor says he never knew the victim personally, but says the chaos of the night woke him and his wife up.

“Pretty soon they were bringing the lady that lived there out, literally carrying her out, and they administered CPR for about 20, 25 minutes. I was amazed how long it was,” said neighbor William Garten.

MPD says it does not seem suspicious, though an autopsy is pending.