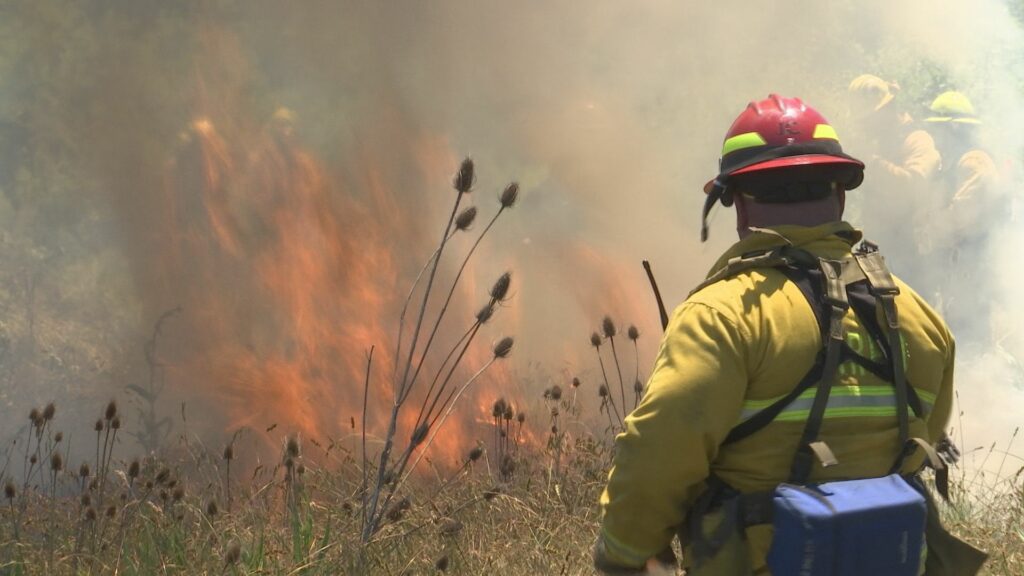 MEDFORD, Ore. – Firefighters were able to get a handle on multiple small fires after thunderstorms on the evening of July 2nd.

The Oregon Department of Forestry says out of eight reports of fire in eastern Jackson County, firefighters were able to confirm three and quickly contain them.

The largest was stopped at just one acre off of Dead Indian Memorial Road. ODF says this weekend already had an increased risk of fire due to firework activities for the 4th.

“We’re just getting to that point in the year where things are warming up and vegetation is drying out so fires are starting and spreading more easily. Also with it being the holiday weekend, we have that increased risk of fires just with fireworks happening, so we are asking people to be aware of that potential,” said Natalie Weber, PIO for the Oregon Department of Forestry.

Weber says people should make sure they are not using fireworks around any vegetation. She also says to keep multiple sources of water are nearby to drown the fireworks after use.

Weber says with Jackson and Josephine counties being put under moderate fire danger on July 1st, people should be extra cautious about celebrating the 4th this year.