MEDFORD, Ore — Harry and David field is preparing to welcome thousands of fans for Oregon State University’s exhibition baseball games against the University of San Francisco. 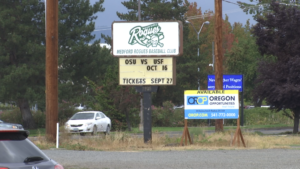 The Beavers will take on the Dons in two games on October 16th.  Tickets were available starting Monday morning and sold out in about 45 minutes.

Medford Rogues general manager Dave May, told NBC5 that it will be the first time two major programs played a game in Jackson county.

May says he received calls from several people across the Pacific Northwest looking to attend the game.

“We fielded phone calls from Portland, Corvallis area, Idaho, Washington and even southern California,” May said. “There’s people coming everywhere for this event.” 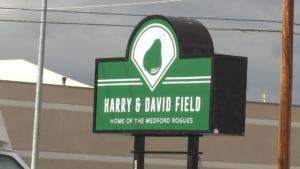 May noted that the head coach and pitching coach at OSU, reached out to him this summer about hosting the game at the field. He adds that roughly seven Medford Rogue alums will be playing.

The first game will begin at 1:00pm and the second will start at about 4:30pm.