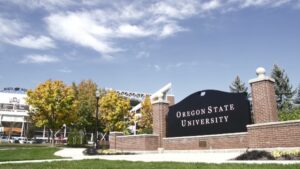 CORVALLIS, Ore. — Firefighters are likely exposed to more harmful chemicals while on the job, than previously thought.

Oregon State University researchers had two different fire departments wear military style silicone dog tags that detect chemicals, while on and off the job. The study found new exposures of known carcinogens, while they were fighting structure fires.

“A lot of the things that are in homes, plastics, upholstery, other kinds of things, may also produce PHs and we’re actually trying to look further into that, but we know that is you burn wood, which is in every home, that that will generate PHs,” Kim Anderson, professor, said.

Anderson says urban firefighters have a higher chance of cancer than most other professions. Researchers are looking into what materials cause these chemicals. They will also test how firefighters can wear gear, or change their gear, to better protect them from chemicals.