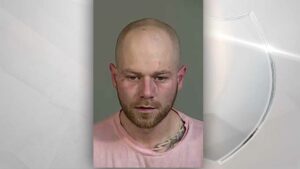 YREKA, Calif. – A person who died last week after being shot by a Siskiyou County deputy has been publicly identified.

Siskiyou County Sheriff Jeremiah LaRue said a correctional deputy was bringing an inmate to the Fairfield Medical Center for evaluation on February 19.

The sheriff said after the inmate was medically cleared, the deputy escorted him out of the hospital. While being placed in a vehicle, the inmate reportedly attacked the deputy and tried to get his gun. During the fight, the deputy shot the inmate. The inmate did not survive.

On February 22, the sheriff’s office identified the deceased inmate as 29-year-old Chad Curtis Loynachan of Tigard, Oregon. He was behind bars on allegations of selling drugs, being a felon in possession of firearms, and possession of an improvised explosive device.

More information will be released when the investigation into the case has ended.