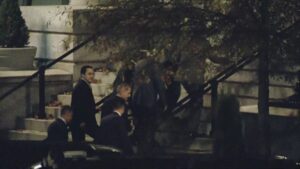 After the meeting, Michigan’s Senate Majority Leader Mike Shirkey and Speaker of the House Lee Chatfield released information about their meeting with the president.

According to the statement, the GOP lawmakers were invited to the White House where they delivered a letter to President Trump asking for additional federal funding to help Michigan in the fight against the coronavirus.

The statement goes on to mention the state’s election process and how the lawmakers have faith in Michigan’s review of the system and have not yet received any information that would change the outcome of the election results.