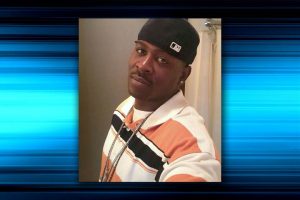 Deputies said Johnson eluded them on Interstate 5 at a high rate of speed. He crashed his vehicle into a guard rail near milepost 29 and fled on foot.

The pursuing deputy claimed Johnson dropped a small bundle on the ground as he went over a fence that separated the interstate from the Bear Creek Greenway. Johnson then ran to the creek, lost his footing, and fell into the water.

JCSO said the creek was running high and fast, with the water line roughly 10 feet higher than it was when Johnson’s body was found.

Deputies said following the pursuit, law enforcement and other agencies searched the area for hours utilizing K9 units, and portable infrared cameras.  Johnson was not found. He was subsequently designated as a missing person.

According to deputies, a warrant was issued for Johnson’s arrest in May. He was wanted on multiple charges including attempting to elude an officer, recklessly endangering, unlawful delivery and possession of heroin, and unlawful possession of cocaine. Johnson was already wanted for separate methamphetamine related charges from a case in 2015.

Deputies said on Wednesday, Medford police responded to a report of a body found in Bear Creek behind the OK Market on Riverside Avenue. The remains were barely visible and covered with mud, roots and debris.

JSOC said that based on the evidence, investigators have tentatively identified the remains as belonging to Johnson.