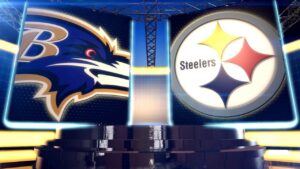 The following is an NBC5 programming note:

The upcoming NFL game between the Baltimore Ravens and Pittsburgh Steelers has been moved from Thanksgiving night to Sunday.

The Ravens’ next game against the unbeaten Steelers was slated to take place on the night of Thursday, November 26 and broadcast on NBC. However, due to the positive tests, that game has been moved to Sunday night.

“This decision was made out of an abundance of caution to ensure the health and safety of players, coaches and game day personnel and in consultation with medical experts,” the league said in a statement.

As of Wednesday morning, NBC did not have a time or channel for the game’s move to Sunday.