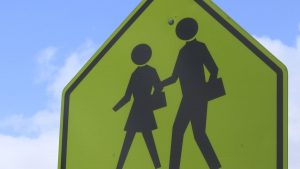 MEDFORD, Ore. — Some students will be back in the classroom this school year, even if it’s just for a few hours.

That’s according to new guidelines released by the Oregon Department of Education on Tuesday.

The opportunity is available to students who have internet connectivity issues, special needs, are still learning English, and more.

However, there are rules.

Students can only be in school for 2 hours per day.

They would have to stay in a group of no more than 10 students while at school and being transported to school.

The absolute number of students in a school building on week days is limited to 250.

Phoenix-Talent Superintendent Brent Barry says the opportunity is important for many students, including the district’s roughly 35 percent in English learning development programs.

“Even though we’re providing a lot of infrastructure and hot spots and routers, there’s some parts of our district that is just satellite internet and we can’t do much about that and it’s not very reliable, so working with those students and families as well,” he said.

Both the Phoenix-Talent and Medford School Districts say they’re still working on the logistics of how this will work for the upcoming school year.