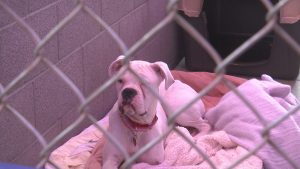 Medford, Ore.- The new tax law raises the standard individual deduction to $12,000, which means many people who used to give to charity to receive a deduction may not need the tax break.

While the new law doesn’t take effect until next year non-profits are working now to figure out how it will impact their budgets.

“It’s the holiday season so a lot of people are wanting to give to the animals because of Christmas and what not so we’ve received a lot of donations,” Cierra Johnson of SOHumane
said.

SoHumane is expecting giving to remain steady next year. That’s because its donors tend to give because they love animals not because of the tax break. SoHumane says many of its large donors don’t even want a receipt.

NBC5 News will continue following the effects of the tax bill.