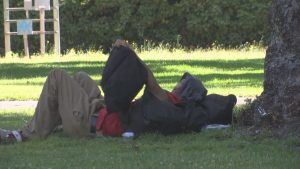 MEDFORD, Ore. — Jackson County has been eyeing the Bear Creek Greenway closely as a major health hazard since the start of the pandemic.

Whether it’s luck or other factors, he says the county thankfully hasn’t had any cluster of outbreaks in this vulnerable population.

That means disease isn’t spreading from person to person among the homeless community.

“I’m going to guess that some of that has to do with the fact that they’re mostly out of doors which is always a safer place to be than indoors and it could be that there’s a fair amount of social, physical isolation sort of built into the culture that keeps people safe,” he said.

Dr. Shames say they will continue to monitor this population especially as they’re relocated to the new urban campground.