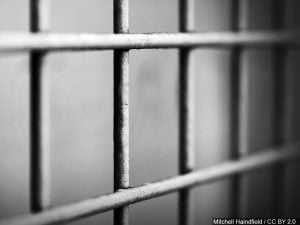 This comes after the jail had its first positive test last week. We were told everyone in the facility was tested, but more than 72 hours later NBC5 is still in the dark about the results.

Josephine Co. Sheriff Dave Daniel told NBC5 last Thursday they finished testing inmates and staff. The results for everyone could take 72 hours. It’s been longer than that, yet Sheriff Daniel hasn’t made any announcements.

Sheriff Daniel said they are working with Josephine County Public Health to test people in the facility.

“We are expecting a 24-hour turnaround on [the COVID-19 test results]. We’re gonna say 72 hours we should have the results, so we should know what actions need to be taken,” said Sheriff Daniel.

After reaching out to Josephine County Public Health multiple times, the agency said all media calls about the jail must be directed toward the sheriff.

Sheriff Daniel told NBC5 late Monday night he’ll have an update for us on Tuesday.