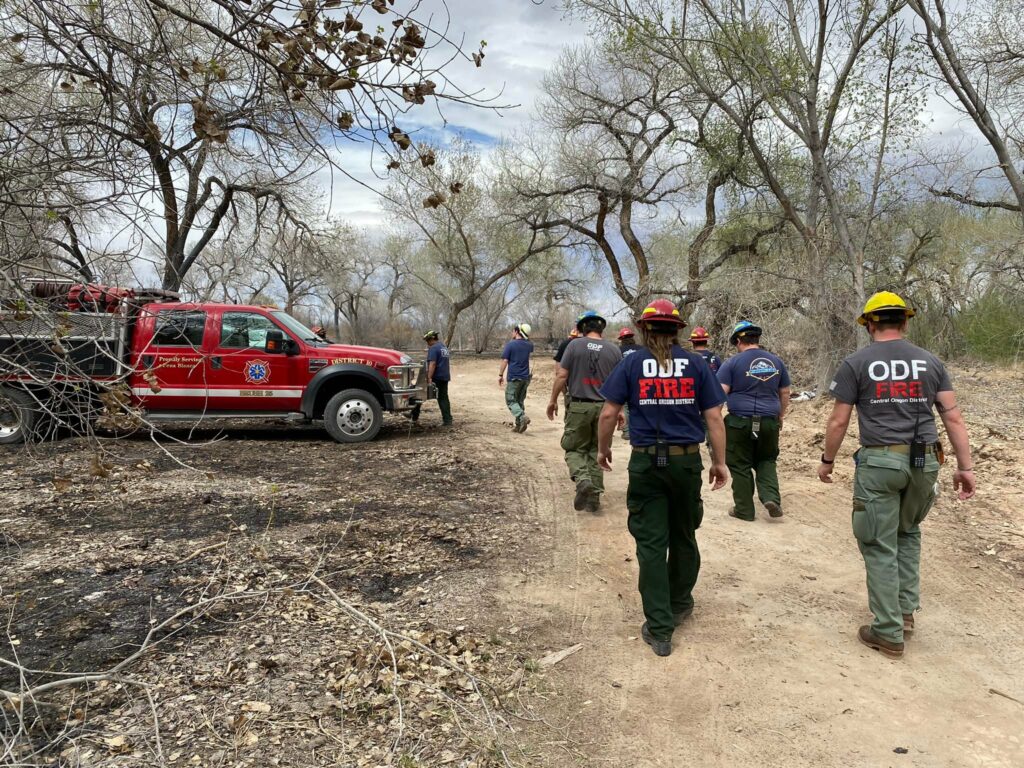 SALEM, Ore. – Over a dozen firefighters from Oregon who were deployed to Texas are coming home as several more are being sent back to the American Southwest.

The Oregon Department of Forestry said this weekend, 21 of its firefighters who’ve been fighting wildfires across the state of Texas for the past two weeks will come back. At the same time, the agency will send another 11 to Texas. 17 other ODF firefighters have been in New Mexico since April 18 helping in that state’s wildfire suppression effort.

The deployments were made under mutual assistance agreements between the states. When wildfire activity is low in Oregon, firefighters can be spared to help in places that need it more.

During the 2020 wildfires that sparked around Labor Day weekend, Oregon reportedly welcomed more than 7,500 personnel from 39 states, including New Mexico and Texas.

“Fire is a family. We’re ready to help whenever we receive the call from one of our partner states,” said Mike Shaw, ODF’s Fire Protection Division Chief. “But know that we don’t give these resources lightly. Before committing to any deployment, we make sure that our own fire management system is prepared and ready to respond to fires here in Oregon.”

Shaw explained the relationships built through assistance in other states help when Oregon’s fire season reaches its peak.