PORTLAND, Ore. (KGW) — The transportation sector accounts for about 40% of greenhouse gas emissions (GHG). One of the fastest ways to reduce those emissions in the fight against climate change is getting drivers out of gas-powered cars, according to the Oregon Department of Transportation (ODOT).

The state’s goal is to have 90% of new vehicle sales be electric vehicles by 2035. To achieve that, ODOT needs to overcome “range anxiety,” a driver’s fear of running out of electricity on the road before reaching a charging station. That remains one of the biggest impediments to drivers purchasing an electric vehicle (EV).

ODOT, with the help of the 2021 federal infrastructure bill, will apply $100 million to expand EV charging statewide along seven designated corridors. 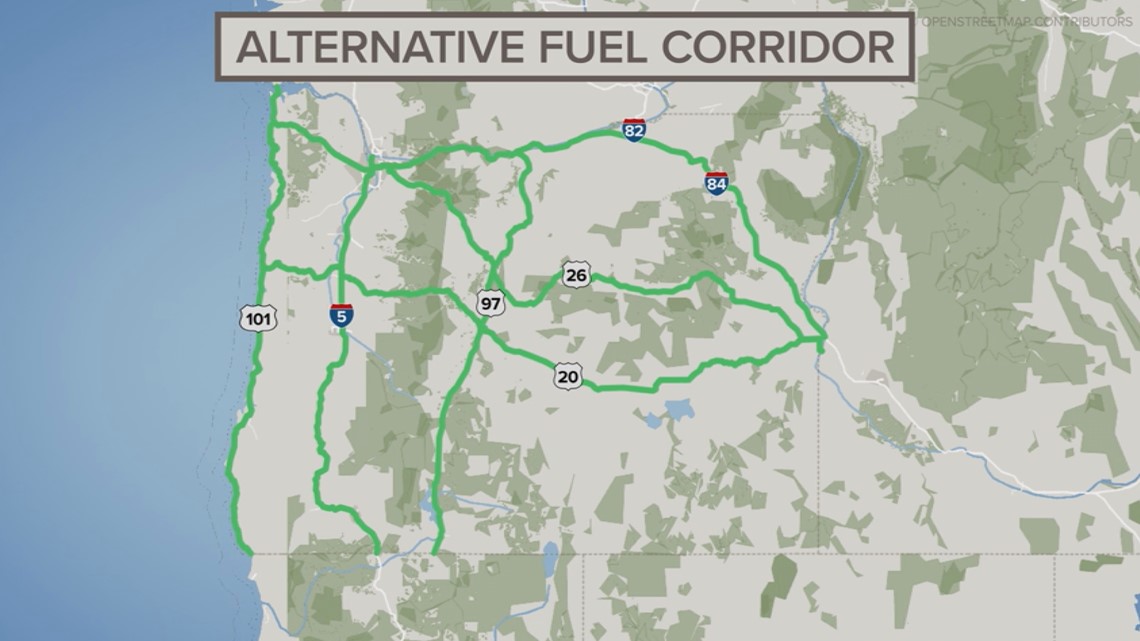 “We’ll have quad charging, which means we’ll have four chargers in each site,” said Amanda Pietz, ODOT’s administrator for data, policy, and analysis. “Each charger will be fast-charging. We’ll have three that are 150 kilowatts. So when somebody plugs into that expect, maybe a 15 to 20 minute time to charge your vehicle. So pretty quick. But we’ll also have a 350-kilowatt charger, which is much closer to the experience of filling up at a gas station.”

The five-fold increase in statewide EV charging will also focus on smaller, rural communities where charging has been less available. The added benefit is that local tourism may be bolstered.

“So when they stop… they can shop, so they’re charging and then they can shop in the local community,” said Pietz.

ODOT said the new charging stations are designed to be somewhat future-proof and can be adapted as charging technology evolves.

“I’m not just talking about cars and trucks, but electric bikes and scooters. All different kinds of mobility options to really get people to where they need to go,” said Pietz.

Chris McGinness is a meteorologist and transportation reporter for KGW. Got a story idea or a great photo you want to share? Email him at [email protected] or reach out on Facebook , Twitter and Instagram