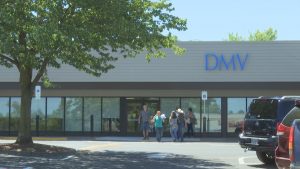 MEDFORD, Ore. – The Oregon Department of Motor Vehicles stated online that it was essentially overwhelmed by the volume of phone calls it was receiving to schedule appointments. The Department says they got 18,000 calls in one hour, when they normally handle 8,000 calls during a single day.

June 1st marked the first day for people to make an appointment with the DMV. The Department has spent much of the shutdown nearly closed, only providing a few, limited services. As such, many people are driving with expired licenses, drivers seeking a license or permit are on hold, and needs like disabled placards and VIN inspections couldn’t take place.

In a post made Tuesday on the Oregon DMV’s Facebook page, it stated the volume of calls has been so high over the last two days, that as of Tuesday they stopped taking calls to make appointments.

Instead, the DMV is rolling out an online appointment request form. You can make a request here, after which the DMV says it will contact you to schedule a time to complete the service you are seeking.