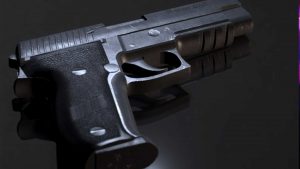 SALEM, Ore. – A bill that would prohibit certain individuals from owning “deadly weapons” passed through the Oregon Senate Monday.

Senate Bill 719 passed with a 17-11 vote and will head to the House of Representatives for a first reading.

Supporters say the law will get guns out of the hands of people who could hurt themselves or others, but pro-gun groups say it violates constitutional rights.

SB 719 would create a process for obtaining an “extreme risk protection order.”

The court-issued order could be requested by a law enforcement officer, a family member, or a household member of a person who presents a risk of harming themselves or others.

The person asking for the order, referred to in the bill as a “petitioner”, must give a written or oral statement under oath and present evidence before a judge grants an extreme risk protection order.

If the order is granted, the person against whom the order is filed must surrender any firearms or deadly weapons they have to law enforcement, a gun dealer, or qualifying third party for the duration of the order, which could be as long as one year.

If they don’t surrender their weapons within 24 hours, they will have committed a misdemeanor.

They will have 30 days to request a single hearing to terminate the order before it expires.

The person who requested the order has the “burden of proof” at the hearing. They must provide “clear and convincing evidence” there is an imminent risk of suicide or physical injury to others.

The court will not hear any evidence related to any mental health diagnoses.

If a person under an extreme risk protection order knowingly possesses a deadly weapon, they will be prohibited from owning or controlling a gun for five years.

Anyone who files for an order to harass, or knowing the petition is false, is guilty of a misdemeanor.