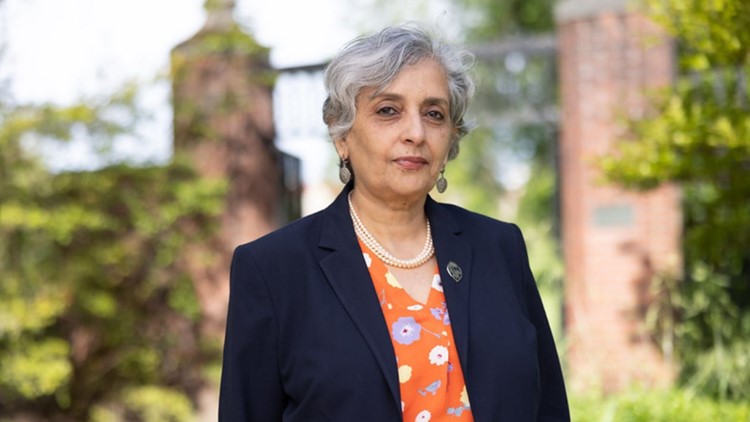 CORVALLIS, Ore. (KGW) — Oregon State University (OSU) has chosen Jayanthi Y. Murthy as its next president. The university’s board of trustees unanimously approved her appointment Tuesday morning, according to a press release.

Murthy, 64, will be the first woman of color to serve as president of OSU. University officials touted her engineering background and her history of advancing diversity, equity and inclusion in higher education.

“Dr. Murthy is the right person and leader to guide this remarkable university that is enjoying tremendous momentum,” Kirk Schueler, chair of OSU’s board of trustees, said in a statement. “Under Dr. Murthy’s leadership, OSU’s incredible impact in Oregon, nationally and globally, and the university’s commitment and progress in advancing diversity, equity and inclusive excellence will grow.”

Murthy will lead Oregon’s largest public university for a five-year term beginning Sept. 9. She will succeed interim OSU president Becky Johnson, who has served in the role since May 1, 2021.

Murthy has had a long career at several top engineering universities including Purdue and Carnegie Mellon, and currently serves as the Ronald and Valerie Sugar Dean at the UCLA Henry Samueli School of Engineering and Applied Science.

She was the first woman to hold the role, according to the OSU press release, and she has prioritized expanding access to UCLA engineering education during her tenure, and led the effort to establish a program to support women in engineering at UCLA.

“Advancing diversity, equity and inclusion is a deeply held conviction of mine and is central to my work as an educator and administrator,” Murthy said in a statement. “As an engineer, I have often been the only woman in the room since I was 16.”

She said she plans to invest further in OSU’s research infrastructure and “significantly expand” large-scale and collaborative research in partnership with private sector businesses and federal and state agencies.

“Oregon State University is widely recognized in all things related to climate science and resilience, and also in transdisciplinary research related to AI, robotics, natural resources, clean energy, public policy, public health and the social sciences,” Murthy said in a statement. “This is the time to think big and do big things. I am confident that OSU can be a national leader in the post-pandemic era.”

Murthy’s appointment concludes a national presidential search launched in late 2021 and led by a 17-member search advisory committee. She was one of two finalists interviewed by the board of trustees at OSU in late May.