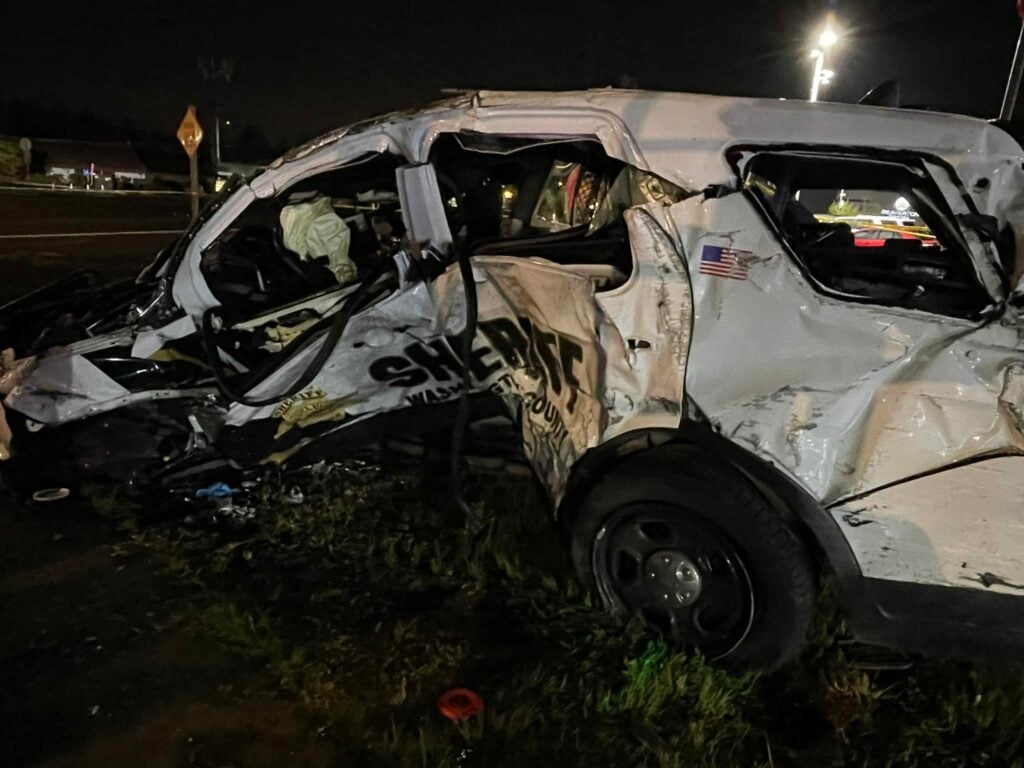 The crash happened around 12:24 a.m. at the intersection of Southwest Tualatin Valley Highway and Southwest Murray Boulevard. According to Beaverton police, the driver of a Nissan Altima ran a red light and hit the deputy’s patrol car. Tualatin Valley Fire & Rescue responded to the crash and provided medical aid.

Five Southridge students were inside the vehicle, the BSD said. Two of those students died at the scene. Police have identified them as 17-year-old Matthew Amaya and 16-year-old Juan Pacheco Aguilera.

At a press conference Wednesday afternoon, Garrett identified the injured deputy as Michael Trotter, and described his condition as critical but stable with a “long road to recovery.” Trotter has been with the Washington County Sheriff’s Office since 2013 and has been a full-time patrol deputy since 2015, he said. 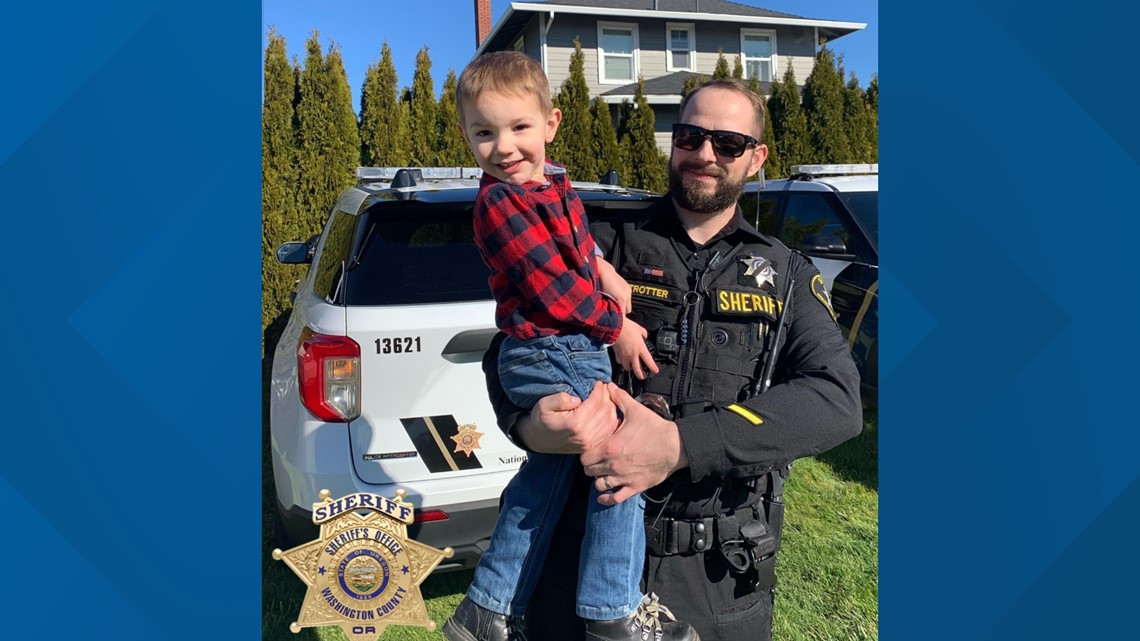 “Last night is a stark reminder of how dangerous police work can be,” he said. “It’s not only the bravery of my team that amazes me, it’s also the unwavering support for each other as they raise their hand everyday to accept a certain amount of risk to serve our community in an incredibly important way.”

The three students taken to the hospital were in critical condition, according to Beaverton police. They have not been identified.

The school district sent a statement to parents and students, saying, in part, “We are devastated to learn of these deaths. Our hearts go out to their families and friends, and our thoughts are with those who are currently hospitalized. We also want to extend our condolences and support to the Southridge community.”

The BSD said extra counselors will be available at Southridge High to support those in need.

“It’s obviously a sad thing, it’s going to be on everyone’s minds, lots of students knew him,” said Michael Tibebu. “I don’t think the rest of the school year is going to be normal.”

Two students from Sunset High School visited Southridge early Wednesday afternoon to drop off a card and donuts as a show of support.

“We just wanted to reach out and let them know they’re in our thoughts and we’re wishing them all well,” said Ellie Juliano, Jr.

“We want to show our support in the community… it could’ve been anyone anywhere around here,” said Peyton Kennedy. “We’re all talking about, we drive that same road every day.”

The highway was closed for several hours, but reopened around 6:35 a.m.

The Washington County Crash Analysis and Reconstruction Team (CART) is investigating the crash. Anyone with information is asked to call (503) 629-0111.