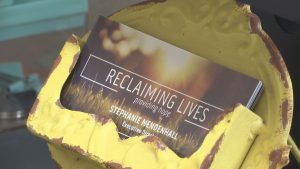 TALENT, Ore.– Talent police are investigating a donation scam that used the name of a local non-profit.

Police say they received reports on Monday that two individuals were offering to wash windows in return for a donation to Recovery Cafe. The cafe is a program with Reclaiming Lives – a nonprofit that helps people struggling with alcohol and drug addiction.

Police have confirmed the non-profit was not a part of this, and it’s a scam. The non-profit’s executive director says that’s not how they collect donations.

“We’re doing everything we can just to stay viable in our own community and so to have that going on on the side is something we’re trying to address,” said Stephanie Mendenhall. “I appreciate the good publicity in order to make that right but I’m sorry if anybody was taken advantage of by that scam.”

Police are still investigating and say they have possibly identified the suspects.

Reclaiming Lives says any donations are usually run through the non-profit’s website.