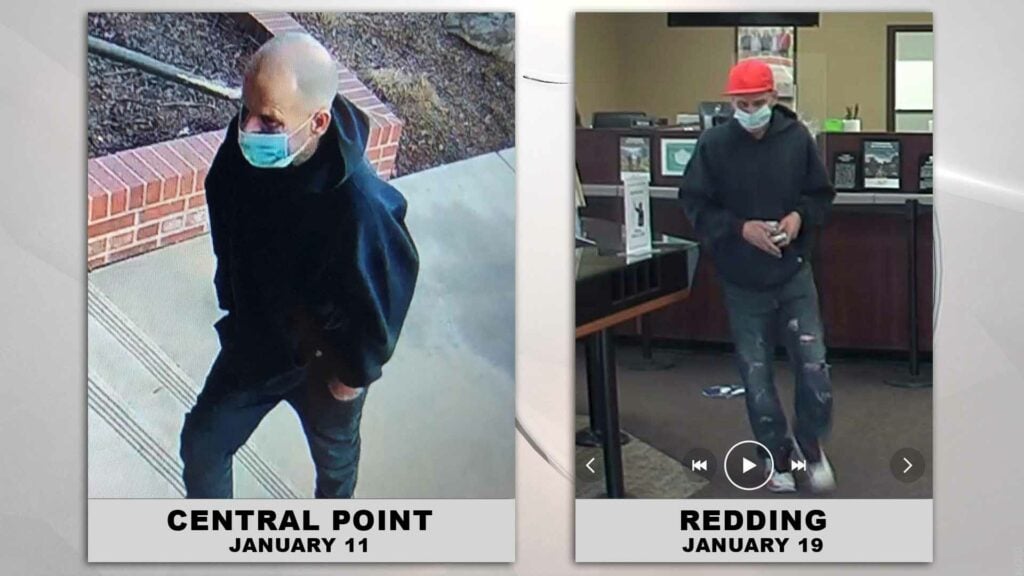 On Tuesday, January 11 at about 3:47 p.m., officers responded to a reported robbery at People’s Bank on the corner of North 10th Street across from the Central Point McDonalds.

The unidentified suspect, who was captured on surveillance video, fled the bank before officers could arrive.

On the afternoon of January 19, the Sierra Central Credit Union in Redding was robbed by a lone suspect.

Redding police officers worked with a California Highway Patrol helicopter to canvas the neighborhood but were unable to find the suspect.

Investigators in Redding described the suspect as a white man in his 30s or 40s, 6 feet tall, with a thin to medium build.

The Central Point Police Department told NBC5 their officers are investigating any possible link between the two robberies.

Anyone with further information is asked to call police.