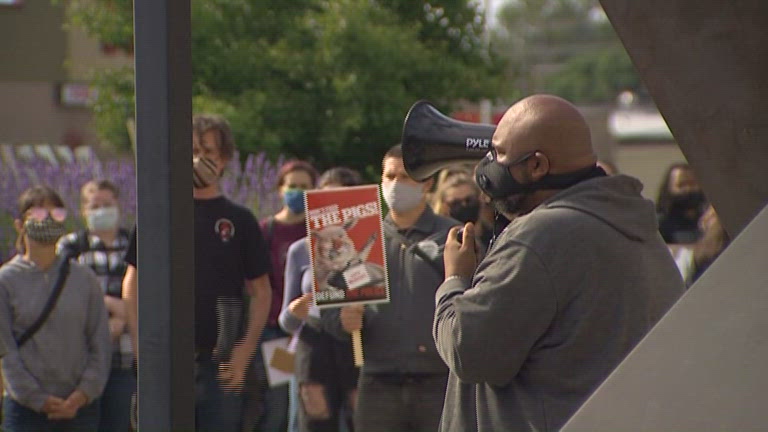 PORTLAND, Ore. (KGW) – Police officers in the largest cities across the country are all equipped with body cameras with one major exception: Portland.

KGW reviewed records for the 75 largest municipal law enforcement agencies in the U.S. and found Portland was the only police department that doesn’t use body-worn cameras.

It’s not for lack of awareness. Two federal judges have urged Portland to use body cameras, and there have been years of public meetings and debates on the topic.

“We’d like to have them,” explained deputy chief Chris Davis of the Portland Police Bureau. “It’s a combination of reasons we don’t, but really the biggest one is it boils down to the cost.”

“I think it could add a layer of further oversight and accountability,” explained Candace Avalos, co-founder of the Black Millennial Movement.

Avalos knows body cameras would not solve the complex problems of police violence or racial injustice, but the technology could help.

“I think it is something we should explore and have tried to explore in the past,” said Avalos.