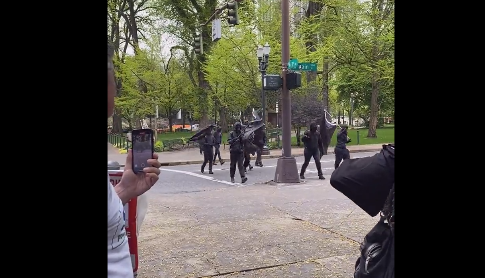 PORTLAND, Ore. – Police said two people were injured during a political rally in Portland over the weekend.

On Saturday, April 30, there was a gathering in support of Republican gubernatorial candidate Stan Pulliam in downtown Portland.

At about noon, the group was approached by several people dressed in black. In a video posted by Pulliam, it appears there was some sort of explosion before they threw a smoke bomb at his supporters while waving black flags.

The Portland Police Bureau said two people were hurt by “mortars” during the incident.

No arrests have been made.