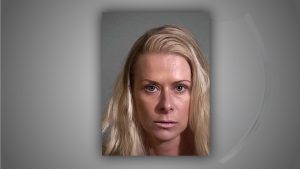 Siskiyou County, Calif. — After a 42-year-old woman was arrested for allegedly having sexual contact with three members of the Mount Shasta High School football team, the Siskiyou Union School District has issued a response.

Mary Frances Fletcher, who goes by Debbie Fletcher, was arrested on Tuesday.

According to the Siskiyou County District Attorney’s Office, Fletcher was charged with ‘unlawful sexual intercourse’ with three different victims.

She’s also been charged with trying to keep a witness from cooperating with law enforcement.

Fletcher was booked into jail, then released after making bail.

We have become aware that authorities arrested a Siskiyou County woman on Tuesday for unlawful sexual conduct with three different victims and attempting to keep a witness from cooperating with authorities. We take allegations of misconduct against our students and the youth of our communities seriously and remain committed to ensuring that every student in our District is able to learn and thrive in a healthy, safe environment supported by the community. We will continue to follow District policies and procedures designed to protect students during this investigation currently being handled by the Siskiyou County Sheriff’s Office and District Attorney. We are working very closely with law enforcement while they lead the investigation. We understand and appreciate the community’s desire for more information. Out of respect for student privacy rights and the ongoing nature of the investigation, we will respectfully provide any additional information as we find it appropriate. As reported by the sheriff’s office, no school district employees were involved in the alleged misconduct, and school officials promptly notified law enforcement when they became aware of the potential situation.

The Sikiyou County D.A. said bail in Siskiyou County is set according to a schedule that is established by judges of the superior court, the amount is the same no matter the gender.

Fletcher will be back in court for arraignment on March 22nd.