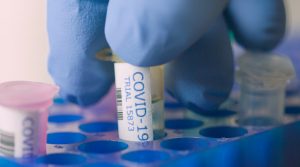 At this time, Dr. Jim Shames says if you have symptoms, even if they are mild, you should get tested.

But since testing is so in demand, the wait time to get your results will be a bit longer than before and could take up to a week or more.

“You would hope that we had a system, a procurement system that would be able to handle an increase in volume, but it appears as though we don’t,” Dr. Shames said.

He says Jackson County now has many different kinds of tests, not just the nasal swab that goes to the back of your throat which was used at the start of the pandemic.

Dr. Shames says what kind of test you get depends on where you go.