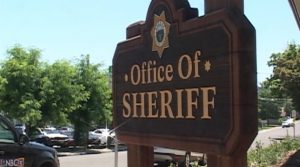 The county Board of Supervisors met Tuesday morning and expressed their support for the project.

Sheriff Jon Lopey says the meeting was critical with nearly $27 million dollars in lease revenue bonds for the project at stake.

The county was awarded the funds by the Board of State and Community Corrections but if the project was delayed, the funding could disappear.

“We’re a rural county, a small county. We still have to operate in that kind of environment where we don’t know what’s going to happen in the future, but I’m optimistic. I’m cautiously optimistic that we’re moving forward and that this project will be completed,” said Sheriff Jon Lopey, Siskiyou Co. Sheriff’s Office.

If built, Sheriff Lopey says the jail would go from 104 beds to at least 140.

He says the new facility will be a safer, energy-efficient facility with rehabilitation programs.