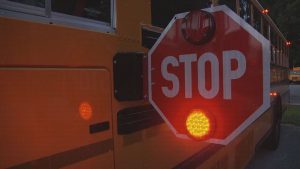 MEDFORD, Ore. — As coronavirus cases rise across the state, some southern Oregon school districts are transitioning all students back to comprehensive distance learning.

For about three weeks, Kindergarten through 6th grade students at the Klamath Falls City School District had in-person hybrid instruction.

Now, superintendent Paul Hillyer says all students are back at home but the district will still be having limited in-person instruction for vulnerable students.

“We’re hoping now that Thanksgiving is done and we’re kind of in between different holidays hopefully those case numbers will go down so we can get the kids back in school again,” Hillyer said.

According to the latest ODE guidelines, Hillyer says there needs to be a positivity rate of 137 positive cases for two weeks and less than 10 percent of tests turning out positive also in that two week period, to bring students back to the classroom.