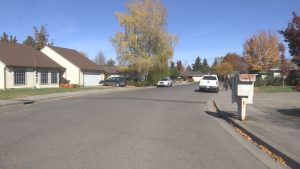 MEDFORD, Ore.– Oregon’s state moratorium on evictions is set to end July 1. Since it began, landlords have not been allowed to terminate or evict tenants for not paying rent.

However, as the deadline closes, both tenants and landlords are left with a lot of questions about what happens next.

CAT’s believes hundreds of thousands of tenants across Oregon could face eviction once the state’s moratorium ends at the end of June. This worst-case scenario is highlighted by the fact that there’s little guidance coming from the state.

“Yeah, I think everyone is confused right now for sure,” said Sharpe.

Landlords are currently not allowed to send eviction notices to tenants for non-payment of rent. One landlord with Siskiyou Enterprises in Grants Pass says it’s allowed some people to avoid paying rent when they can.

“The most, in the most dire situations are the ones that are paying their rent or paying a portion of it and then we have the opposite situation where we have people working full time that haven’t paid their rent,” said Bill Herndon, CEO of the Siskiyou Enterprises.

With landlords hands tied, some are calling for an end to the moratorium now. CAT says according to data from the state, nearly a third of Oregon’s two million tenants were behind on rent during the moratorium.

“I mean the big hope is that we’re going to figure something out like the eviction program that pays rent into the court and there is some sort of action to prevent these evictions from happening in the first place,” said Sharpe.

Both landlords and tenant organizations have their own ideas on how this issue can be unraveled. Whether that means evictions are sent out or rent is covered by the government or another third party.

No matter what though, tenant organizations say come July, there may be an enormous amount of evictions if something isn’t done soon.

The state has so far not released any guidelines for what landlords and tenants should do once the moratorium ends.

It also hasn’t said whether or not the moratorium could be extended. Tenants who have not been paying rent and don’t pay July’s dues may expect to see a 72-hour notice by the first week of July.