OREGON CITY, Ore. — A high school senior has filed an $832,000 lawsuit against the Oregon City School District (OCSD) after the district’s high school held a school-wide virtual assembly that included a video in which a male student, her ex-boyfriend, admitted to abusing her.

The intent of the event on Feb. 2 was to spotlight mental health and share student stories about their struggles to overcome hardships, but many students told KGW they were deeply disturbed by the inclusion of the clip with the abuse admission.

The interim superintendent, Kyle Laier, said last month that the district had received a formal complaint in regards to the video and assembly. He also confirmed an investigation is underway. 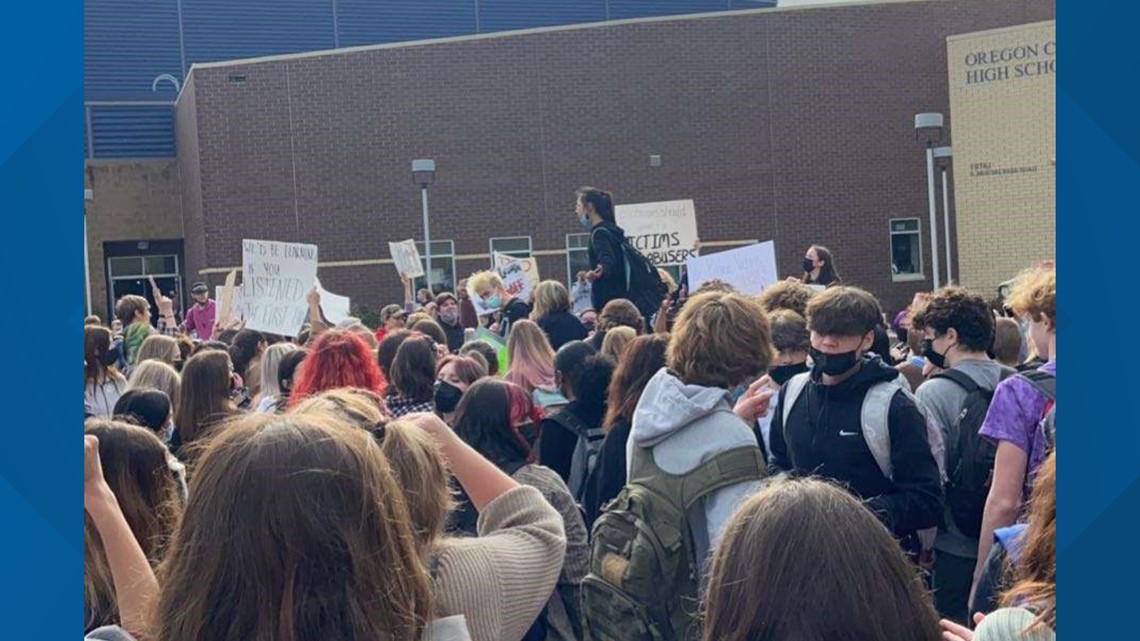 Credit: London Harris
Oregon City High School students staged a walkout on Feb. 7 to protest an assembly where video was shown of a student admitting to abuse.

The lawsuit, filed Feb. 22 in Clackamas County Superior Court, alleges that the video used a silhouette of the male student but did not mask or alter his voice, and numerous students immediately recognized both his identity and the identity of the plaintiff.

The lawsuit also alleges student members of the Oregon City High School Unity Committee, which sponsored the assembly, warned school administrators not to include the video clip in question, but school staff overrode their objections.

“OCSD broadcast her abuser and his admissions of abuse and assaults to its 2,100 students and OCSD’s 150 employees without notifying or asking Plaintiff for her input or consent,” the lawsuit states.

Oregon High School principal Carey Wilhelm announced earlier this month that she will resign effective at the end of the school year. She made the announcement in a message through the ParentSquare app, but did not mention the assembly, stating only that she had “decided to pursue other opportunities.”

KGW reached out to the district for comment about Wilhelm’s departure, but has not heard back.