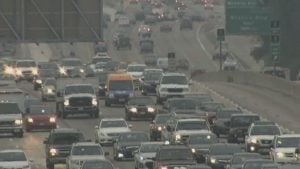 Washington, D.C. (NBC News) – Emissions from diesel vehicles  may contribute to thousands of premature deaths across the world.

A new study from environmental health analytics looked at nitrogen oxide pollution in 11 countries – including the U.S.

These excess emissions were linked to an estimated 38,000 early deaths in 2015 alone.

The study was led by researchers at Environmental Health Analytics and published in ‘Nature.’