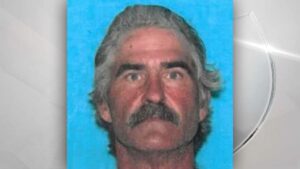 CENTRAL POINT, Ore. – A suspect wanted for sex crimes committed against a child in Jackson County was arrested in California.

The Jackson County Sheriff’s Office said when 58-year-old Thomas Grant Cox of Central Point was made aware of allegations against him, he threatened to take his own life and fled to Sacramento, California.

Local deputies worked with the Sacramento County Sheriff’s Office to keep an eye on Cox beginning on June 8. The following day, Cox was arrested without incident during a traffic stop.

Cox was lodged in the Sacramento County Jail for two counts of rape and two counts of sex abuse. He’ll be extradited to Jackson County to face the charges.