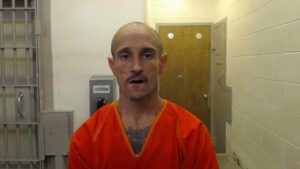 HARBOR, Ore. – A man was arrested for allegedly stabbing his neighbor near Brookings.

The Curry County Sheriff’s Office said on the night of Sunday, June 13, a woman called police and said her boyfriend was stabbed in the neck by his neighbor, Justin Graziano.

Paramedics responded to the Harbor residence within a few minutes and took the woman’s boyfriend to the hospital where he underwent surgery and is currently in stable condition.

Police arrested Graziano at his home about 45 minutes after the stabbing call came in. He was lodged in the Curry County Jail for assault, menacing, and unlawful use of a weapon.