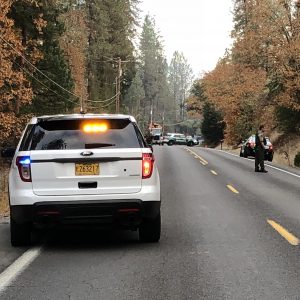 Rogue River, Ore.- The victim of what appears to be a hit and run on East Evans Creek Road in Rogue River has been identified as 13-year-old Meadow Boyd.
According to Jackson County Sheriff’s Office, Boyd was waiting for the school bus at the end of her driveway when the incident occurred. She was found on the ground by a passer-by just before 7:30 a.m. Monday morning. That person called 911 and performed CPR until medics arrived. Boyd was taken to Rogue Regional Medical Center where she was pronounced dead.

Detectives believe Boyd was hit by part of a vehicle or by an item attached to a vehicle. They say it’s possible the driver wasn’t aware they had hurt the teen.

Jackson County Sheriff’s Office is asking anyone who drove along the 5100 block of East Evans Creek Road between 6:45 a.m. and 7:29 a.m. Monday to check their vehicles for damage and report any issues they find.
The Sheriff’s Office says it has received several tips since the incident, as well as copies of surveillance video from homes and other locations in the area. Detectives are currently working to follow up on leads and review the videos they have received.
If you know anything about the incident, you’re asked to call dispatch at 541-776-7206.