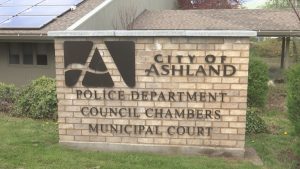 ASHLAND, Ore— Ashland City Council is once again tabling the discussion of a controversial ordinance known as the Stop and I.D. law.

The council was meant to talk about the ordinance at their last meeting but ran out of time. The discussion was rescheduled for Tuesday but is now postponed.

The issue is not yet ripe for decision because the City Council, as well as the community, needs more of an opportunity to explore the intent and consequences of the ordinance in an open, respectful process. Current apprehensions about police-community relations nationwide have made it difficult to analyze this ordinance in the thoughtful, inclusive manner characteristic of this Council at its best.

The ordinance was granted a one year trial period which has since expired. The council is now considering whether or not to extend the ordinance permanently.

Mayor Stromberg says he hopes to revisit the topic between now and October 2o.