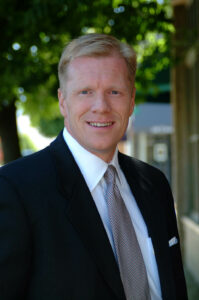 MEDFORD, Ore.- Brad Hicks, the President & CEO of The Chamber of Medford and Jackson County is retiring, effective June 30th, 2021.

Hicks served as President and CEO since the end of 1999, and has been with The Chamber since 1993.

During Hick’s tenure, The Chamber nearly doubled in membership size to over 1,700 members, often making it the largest chamber of commerce in the state of Oregon.

Hicks signaled his intentions to The Chamber late last year to give the Board of Directors time to determine the direction of the organization. The Board recently made a unanimous decision to hire Eli Matthews to lead the group. Eli is a former Medford City Councilor and current Senior Vice President of Travel Medford.