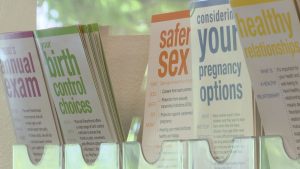 This after several weeks ago when President Trump announced his pick, Judge Brett Kavanaugh, for the vacant Supreme Court seat.

After the nomination announcement, Wyden said he had grave concerns that this nomination is the start of an effort to overturn Roe v. Wade. In an interview with NBC5 News before the news conference, the senator echoed those initial concerns.

“I am not going to sit by and let the Trump administration turn back the clock to the days when government rather than women made the key health decisions for themselves.”

However many conservatives say this nomination will not affect precedent and Roe v. Wade will stand.

“We only have a single individual on the court who has expressly said he would overturn Roe. So I think it’s a bit of a scare tactic,” said Leonard Leo, a Supreme Court adviser to President Trump.

Still Sen. Wyden says he will fight against any effort that will take away women’s healthcare rights.