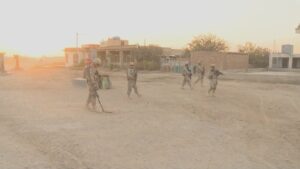 There are currently more than 4,500 American service members in Afghanistan and about 3,000 in Iraq.

Acting Defense Secretary Christopher Miller said, “By January 15th, 2021 our forces, their size in Afghanistan will be 2500 troops. Our force size in Iraq will also be 2,500 by that same date. This is consistent with our established plans and strategic objectives, supported by the American people, and does not equate to a change in U.S. policy or objectives.”

President Trump’s plan to withdraw troops faced pushback from one of his key allies, Senate Majority Leader Mitch McConnell. He said, “…terrorists who would like nothing more than for the most powerful force for good in the world to simply pick up our ball and go home. They would love that.